Our path to diversified development is based on manufacturing products that shape the world of chemicals for today’s and future generations.

Acting within the international structures of PCC Group enables us to create and develop in many directions, together setting trends in modern chemistry.

PCC EXOL combines modern technologies, experience, and effective operation in the area of design, manufacturing, and sale of surfactants. Our path to diversified development is based on manufacturing products that shape the world of chemicals for today’s and future generations. Acting within the international structures of PCC Group enables us to create and develop in many directions, together setting trends in modern chemistry. PCC EXOL combines modern technologies, experience, and effective operation in the area of design, manufacturing, and sale of surfactants. Welcome to the world of surfactants

Chemistry gives us unlimited possibilities, and surfactants are one of its most interesting areas. It is a space for anyone who can look ahead far into the future. The challenges posed by global social and economic trends bring out what is most valuable and necessary today. We combine chemical innovations, flexible production, responsible transport, and sustainable consumption into one entity.

It is difficult to imagine the modern world without surfactants. Cosmetics, detergents, packaging, textiles, paper, and many other everyday products would not exist without chemicals that give them plenty of useful properties. Surfactants, although invisible to the eye, are hidden in almost every object around us. They are ubiquitous and accompany us in every area of life. 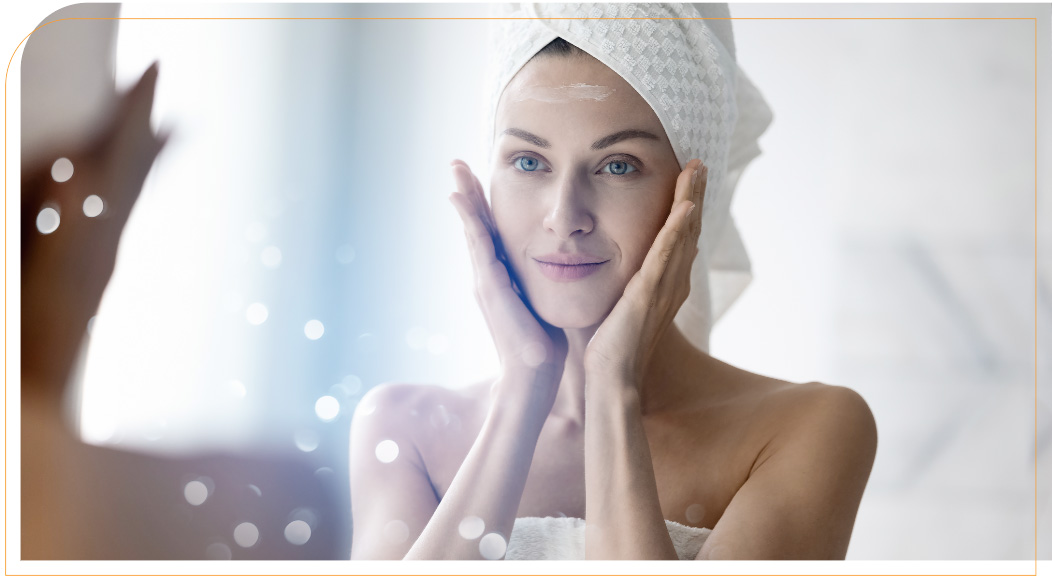 We deliver products
to more than
700 CUSTOMERS

We have more than
250 EMPLOYEES

Our sites
BRZEG DOLNY and PŁOCK

We supply more than
500 PRODUCTS for various industrial applications

The length of ICT cable routes at the PCC Group’s industrial park is 50 km.

We could fill 40 Olympic swimming pools with our surfactants (surface active agents).

38 Mt. Everest heights – this would be the height of a tower built from barrels filled with surfactants from our annual production.

By switching freight from road to rail, PCC Group has reduced its CO2 emissions by 296.000 tonnes.

you could wash the hair of 12 billion people with the shampoo manufactured from the annual production of one of our surfactants (there are 8 billion people on Earth at the moment.)

surfactants are used not only in the production of cosmetics and detergents. They are used to manufacture many other indispensable everyday items.

surfactants in their natural form can be found in the lungs, where they reduce tension in pulmonary alveoli. The human body produces and uses surfactants throughout the entire life. Their main function is to prevent the over-extension of alveoli during inhalation, as well as the collapse and sticking together of alveoli walls on exhalation.

the water resistance of fabrics is guaranteed by the use of specialty surfactants manufactured in our plants during the impregnation process.

the majority of advertising materials at PCC Group are published and delivered to our clients in electronic form. We make sure that our publications are printed on ecological paper Cocoon Silk made of 100% recycled paper, using environmentally friendly technology.

consumer habits and preferences are becoming more and more ecological. We prefer eco-friendly products when buying cosmetics or detergents. PCC Group has expanded its product portfolio by a variety of highly biodegradable chemical substances and formulae with a high natural index. They have certifications such as ECOCERT, COCERT COSMOS or Ecolabel.

surfactants produced by PCC Group are basic raw materials for detergent production. They make it possible to lower washing temperature to 30oC. We save energy in this way and reduce CO2 emissions to the atmosphere!

the delicate and pleasant lather that forms when you wash your hands or hair comes from chemical substances called surfactants. PCC Group produces a whole range of such substances, most of which are biodegradable. Our products are safe not only for people, but also for the natural environment.

In the first half of the year, the technological commissioning of a reactor for the production of phosphate esters was completed. As a result, production capacity has increased by 2,000 tons and currently stands at 139,000 tons per year. Phosphoric esters are developing as a product group, so preparations for investment in a second reactor have been started. In July, the Ethoxylates plant in Plock gained a new storage base. Another important investment is the expansion of the Ethoxylates plant in Plock with a second process line.

Through the PCC BD company, an investment is being made in a new plant in Brzeg Dolny. Its construction will allow the production of a wide range of ethoxylates and polyether polyols, among others. These products will find wide application in various industries.

Start-up of a pilot plant for sulphatation. This investment facilitates the Company’s strategic plans related to the extension of its portfolio of sulphated surfactants – development of a range of new, innovative products intended both for detergent and cosmetics applications and for a number of industrial applications, e.g. emulsion polymerization or construction.

PCC Group chemical companies have launched a range of sustainable chemicals under the GREENLINE brand. PCC’s range of “green chemicals” includes high-quality products that are sustainable in many respects, for example, chemicals that increase the effectiveness of laundry detergents at low temperatures, thus helping to reduce energy consumption. PCC EXOL’s product portfolio includes over 150 products from the GREENLINE Series.

Start-up of a technological line for production of glycinates – specialist surfactants used as raw materials for production of high quality cosmetics and personal care products. These substances are characterized by excellent washing and foaming properties and a gentle effect on skin.

Elpis, a subsidiary of PCC Rokita and PCC Exol, shares in PCC Oxyalkykates Malaysia Sdn. Bhd. based in Malaysia. The acquisition of shares is related to an agreement between Elpis and Petronas Chemicals Group Berhad, based in Malaysia to start preparations for a potential oxyalkylate production investment project in Kertih, Terengganu, Malaysia.

A merger of PCC EXOL SA and Tensis Sp. z o.o. enabled synergy of operational, organizational, and cost-related activities. The company receives a business license to conduct activities in the Brzeg Dolny subzone which belongs to the Wałbrzych Special Economic Zone. The investment project involving the production of glycinates and high-molar oxyalkylates begins. These products are used in the production of cleaning products and cosmetics.

PCC EXOL SA debuts on the main market of the Warsaw Stock Exchange. The company joined the group of 435 companies listed on the main market and was the 11th newcomer to the stock exchange in 2012. The PCC EXOL Capital Group is established.

The Management Board of PCC Exol SA decides to register another subsidiary, PCC EXOL PHILIPPINES INC. The new unit is based in the city of Batangas in the Philippines. It was established to produce semi-finished products such as alcohols and fatty acids, intended for and used in the core business of PCC EXOL and to sell surplus. The establishment of the company was one of the conditions set out in the contract of 26 February 2014, concluded between PCC EXOL SA and United Coconut Chemicals Inc.

The U.S. company PCC Chemax INC., which operates in the area of specialized surfactants for various industries (refining and mining, metalworking, construction, textile industry and many others), is incorporated into the company’s structures. Thanks to the acquisition of an American manufacturer with an established position on the US market, PCC EXOL expands its R&D activity, adds more specialized products to its offer, and starts selling on new international markets.

PCC EXOL is moved in the structure of the PCC Capital Group directly under the parent company PCC SE based in Duisburg (Germany).

The investment project involving the construction of a non-ionic surfactant plant in Płock is completed.
PCC EXOL SA begins regular production of ethoxylates in its second site in Poland. The Surfactant Complex (KA) is separated from PCC Rokita SA and contributed in kind to PCC EXOL SA. PCC EXOL officially opens the non-ionic surfactant plant in Płock. Thanks to its dynamic development, the company becomes an important, modern manufacturer and a leader in the production of surfactants in Central and East-Central Europe.

A new company is established under the name PCC EXOL SA. The surfactants produced in the plants are widely used in industrial applications. In addition to household chemicals, personal care products, and the textile industry, they are widely used as wetting agents, emulsifiers, auxiliary agents in the paper industry, metallurgy, and many other areas. A second sulfation plant, which quadruples the production capacity of anionic surfactants, is officially opened.

Together with BOSSARD CONSULTANTS, the company is completely restructured. As a result of changes based on the Business Units model, the organization is divided into Production and Trade Complexes. This is how the Surfactant Complex (Kompleks Środków Powierzchniowo Czynnych – KP) is created.

The chemical plant changes its name to “Nadodrzańskie Zakłady Przemysłu Organicznego Organika- Rokita”. The production capacity of the Ethoxylation plant increases thanks to a thorough retrofitting and regulation of technological processes. As a result, the range of surfactants for various industrial applications expands significantly.

A propylene oxide plant with an initial annual production capacity of 12 thousand tons is then put into operation.

Previously, the propylene needed for production was imported from abroad to Płock, and then to the chemical plant in Brzeg Dolny.

The production of the first non-ionic surfactants (ethoxylates) as auxiliary agents for industrial applications begins in Brzeg Dolny.

The plant is handed over to the authorities of the Brzeg Dolny commune by the Soviet Command of War Captures.

On October 17, 1945, the first operational group arrives at the plant together with Z. Zdrojewski who takes over the management. The group’s first goal is to secure the plant. 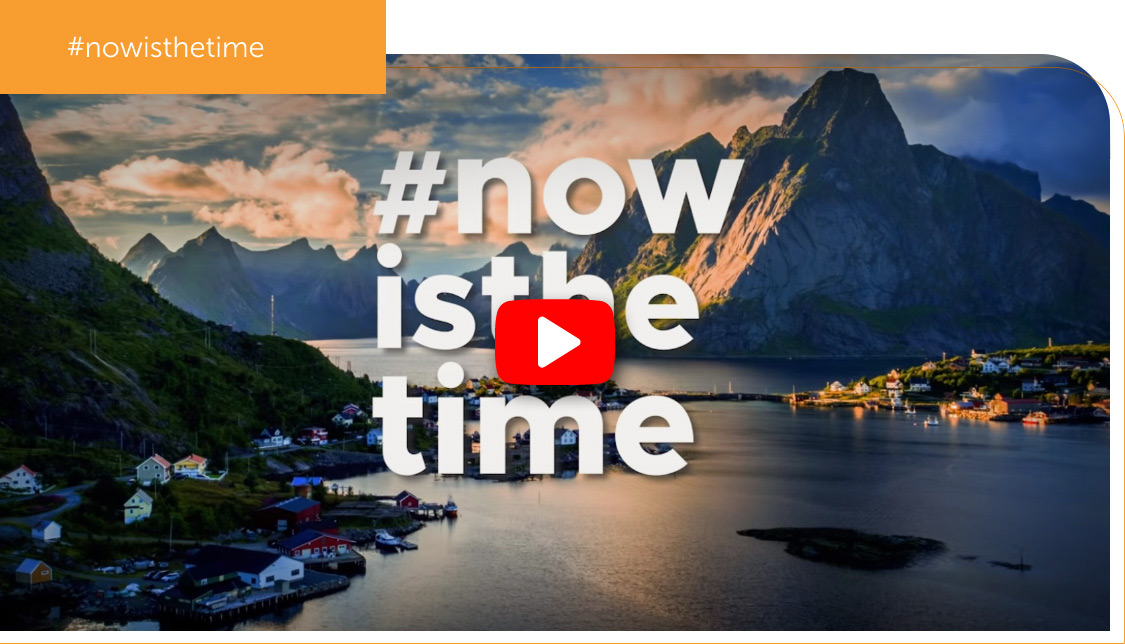 The PCC GROUP is an international capital structure consisting of several dozen companies operating in three important sectors of the economy. These include: chemistry, energy and logistics. Organizations within the PCC Group are both business units conducting production activities and service companies, operating simultaneously for the needs of the external market. The PCC Group is centrally managed by the German company PCC SE, which comprises 80 companies, operating in 39 locations, located in 17 countries around the world.

Business segments of the PCC Group